Have a car? Is it broken? Want to make it faster? Got cool pictures?
Post Reply
436 posts

yea I have to think that they HAD to know that there was just no freaking way in heck that they were going to get it done in 2 weeks if they didn't even start till the 6 week mark. I bought their excuse the first time because I have a cnc and I know how when things are off by hair shit don't fit but when they gave the exact same excuse the 2nd time with the same timeframe I knew it was time to start looking for an alternative.
what else can I say I am a grumpy asshole most of the time.
Top

I had not realized I have not updated this for so long because its just been the usual, one thing after another. I finally went a different rout with the shifter and I had the stock parts machined so that they would allow the bolts that were sticking up and making contact to be replaced with bolts that could be recessed so they were flush with the cover. This got me another 3/8". 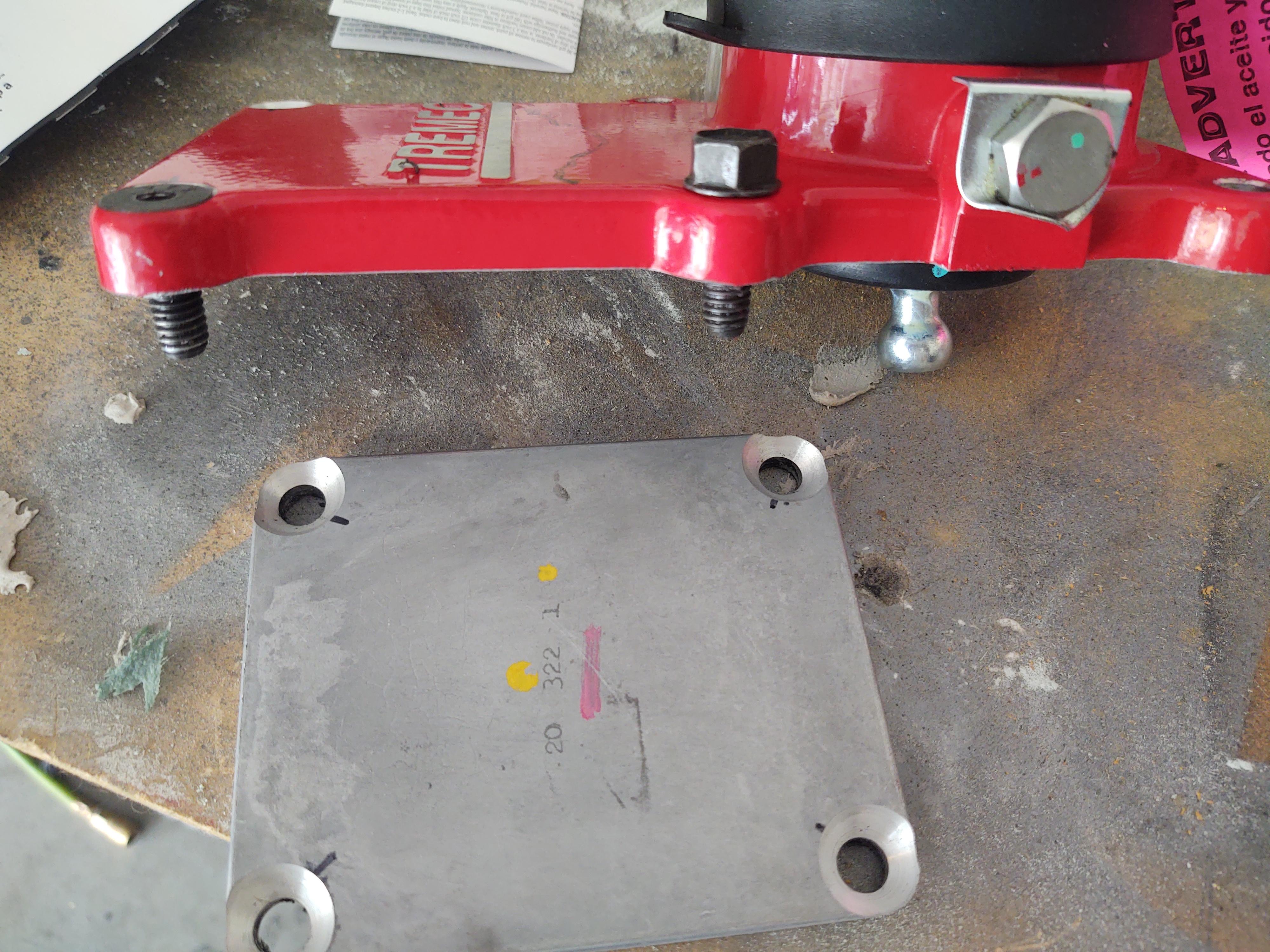 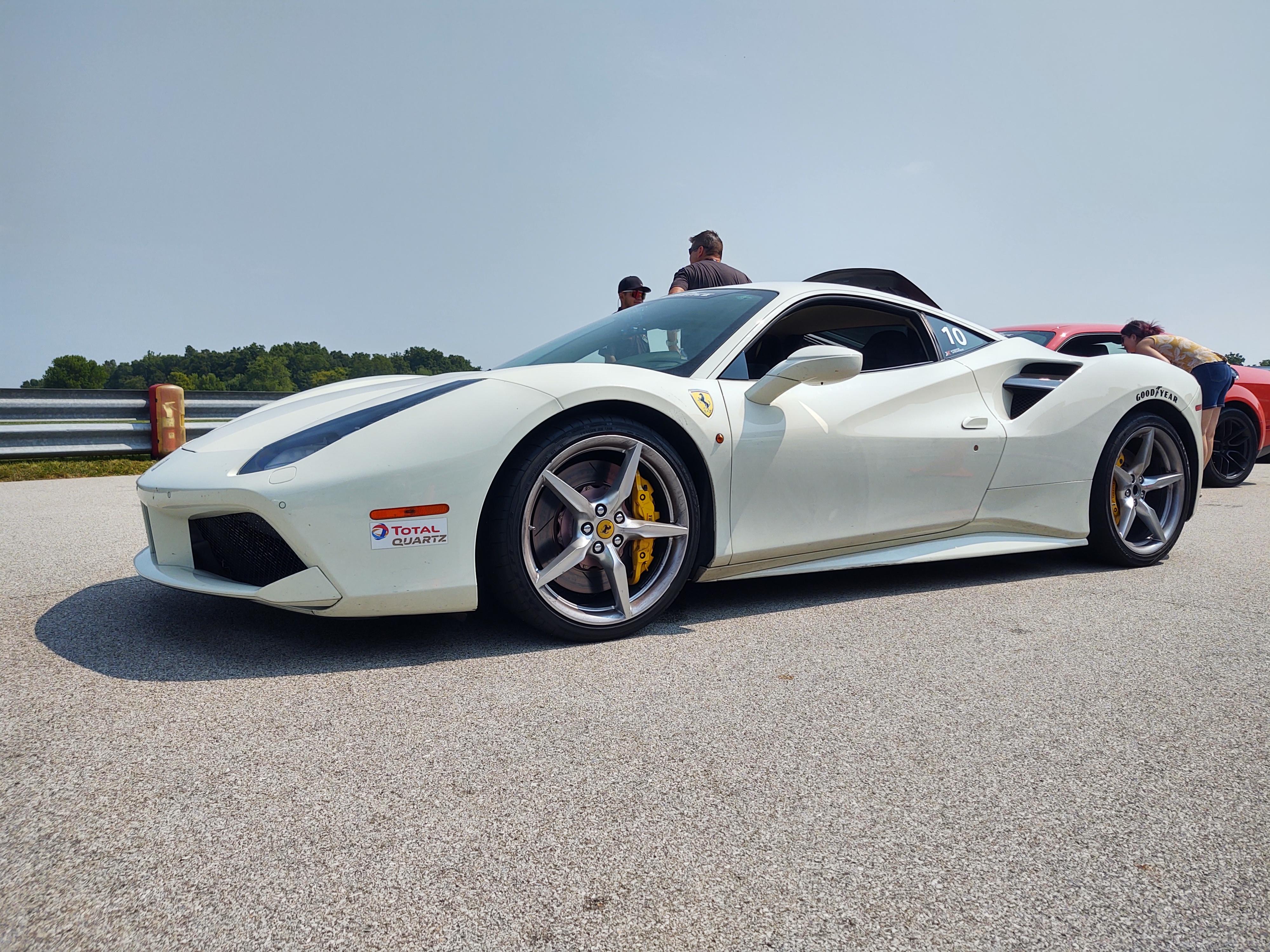 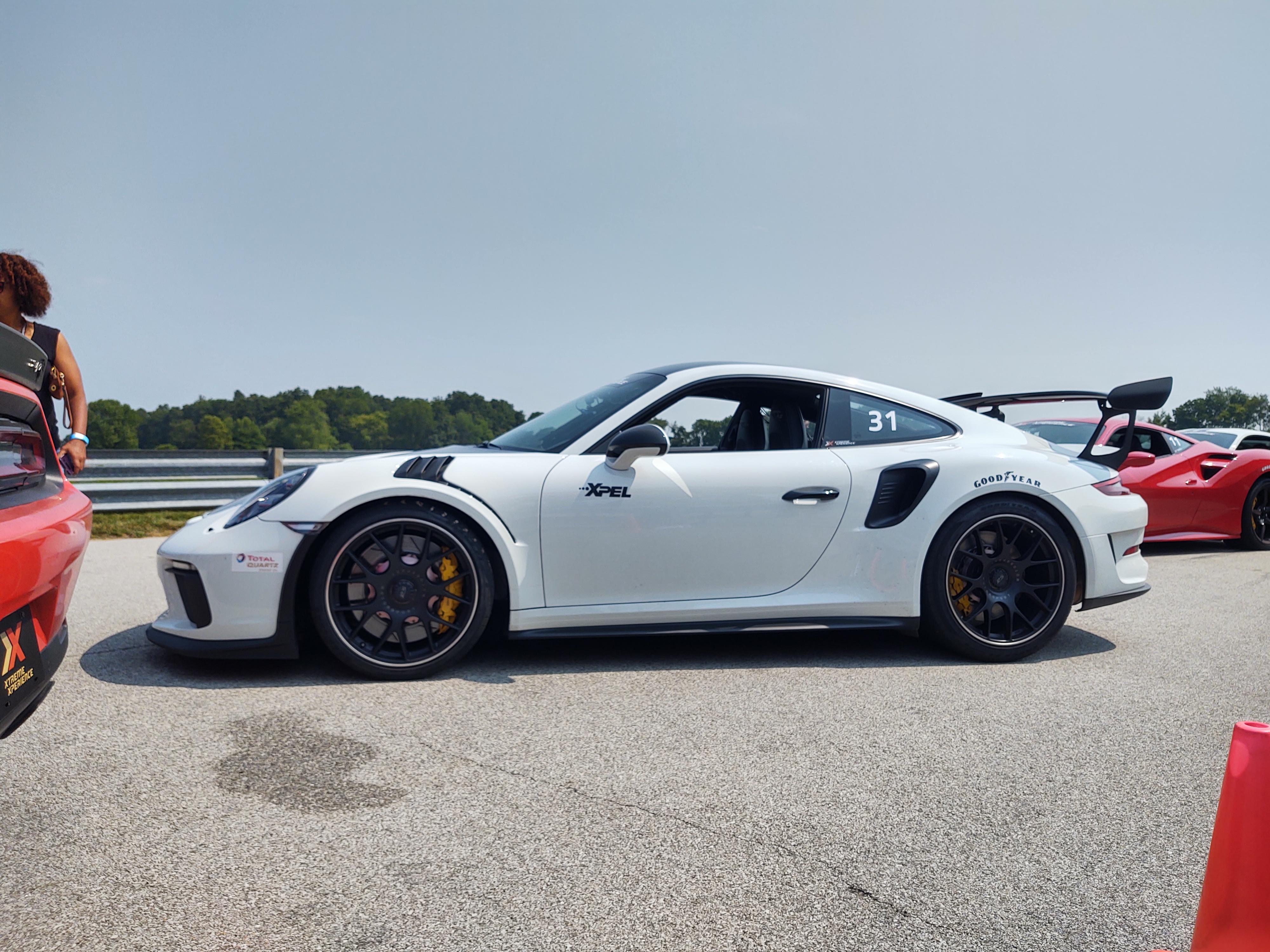 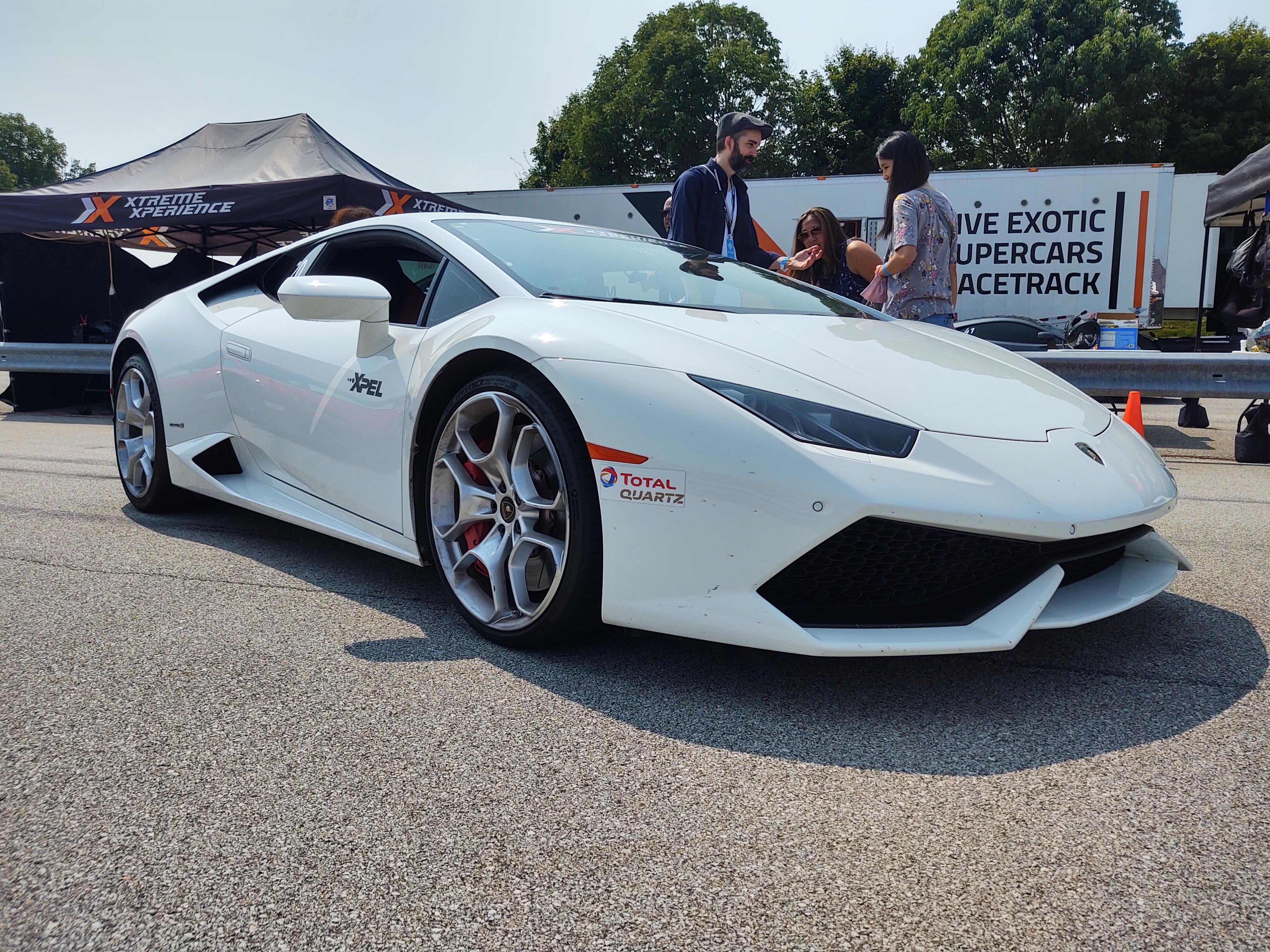 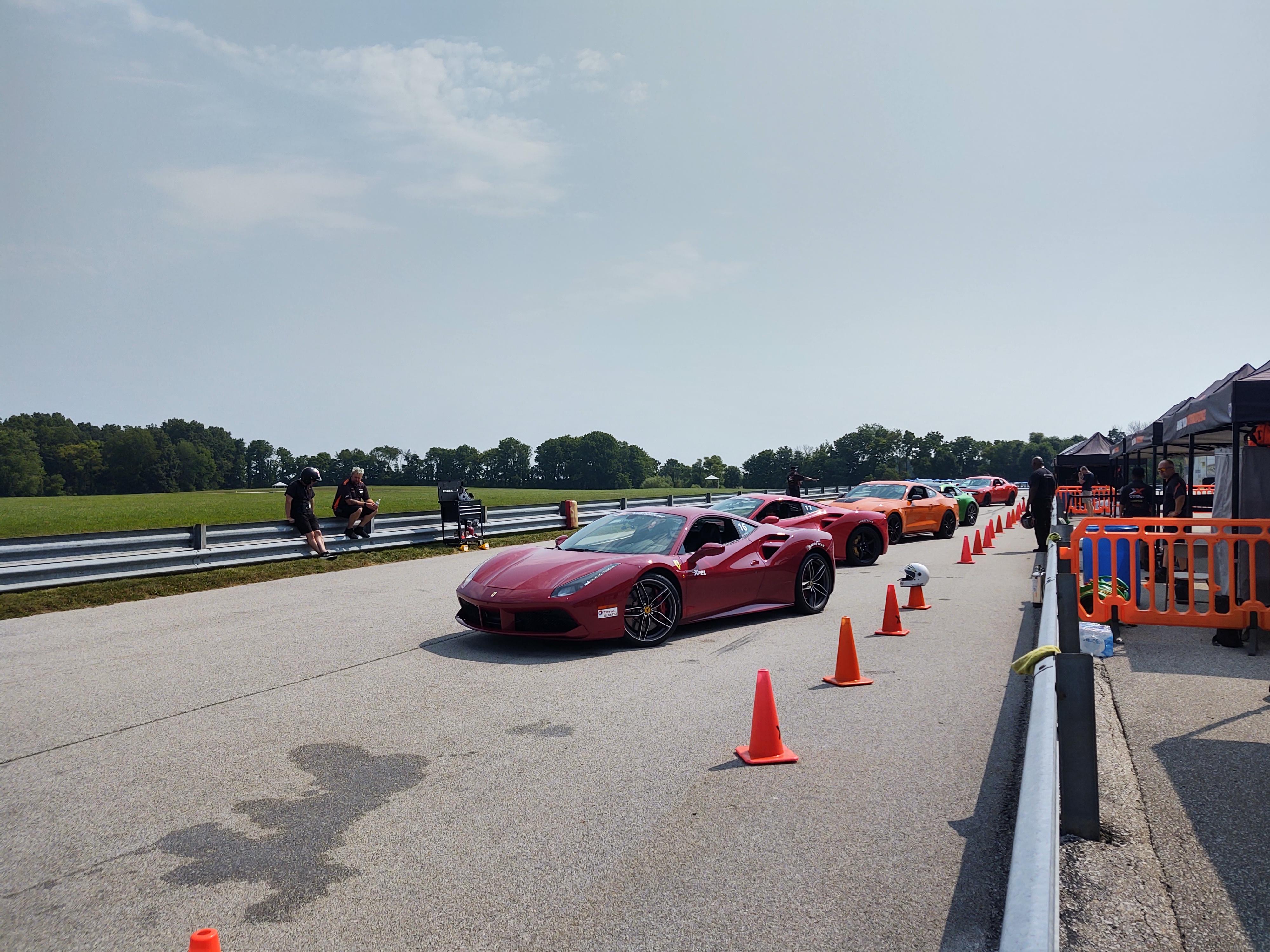 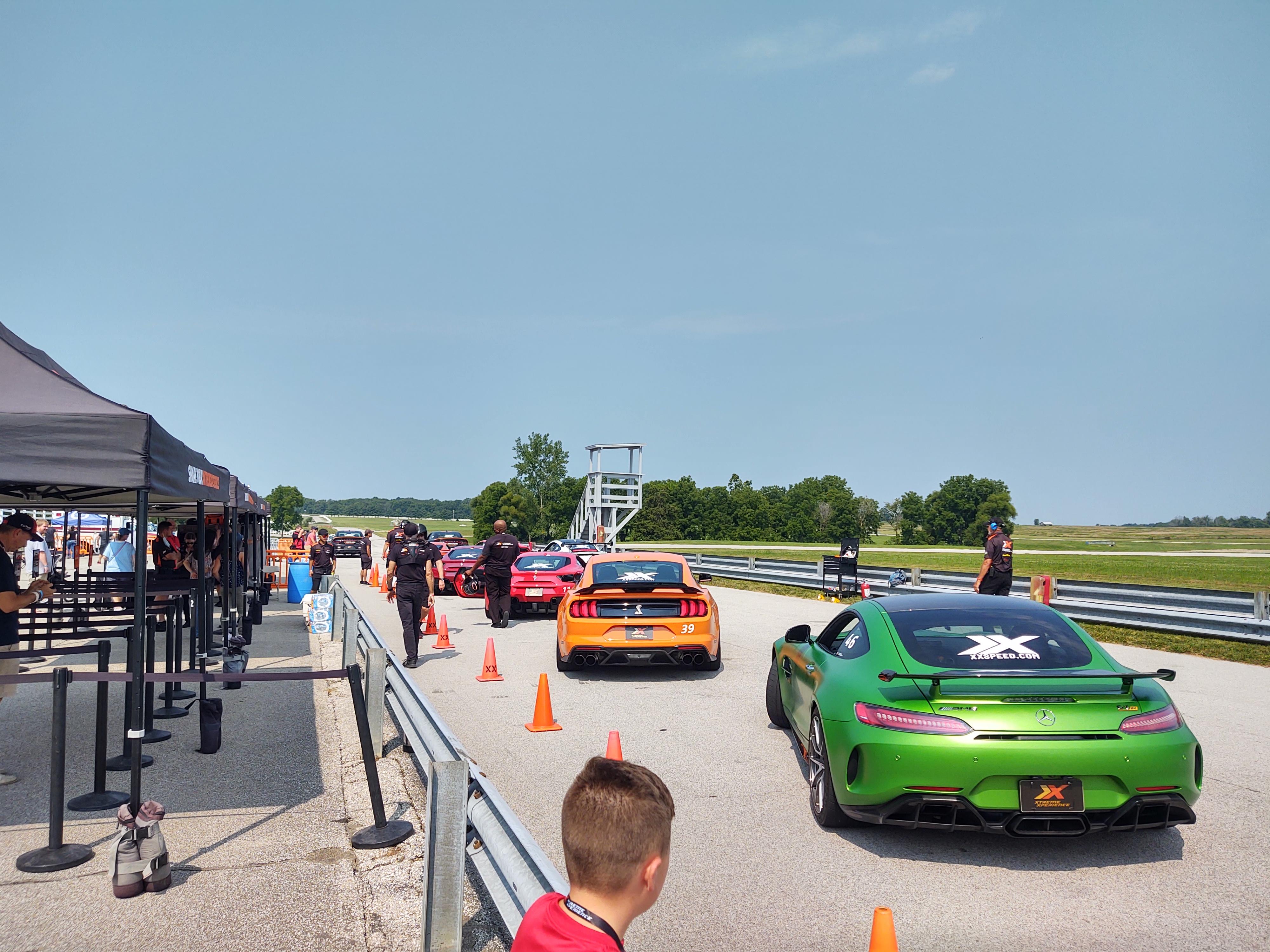 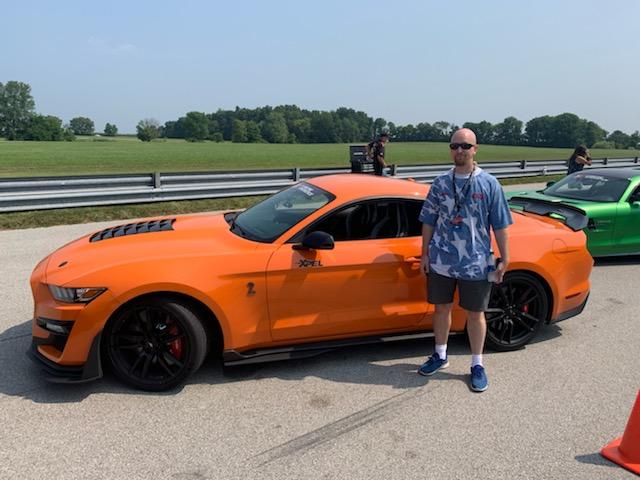 The car was freaking amazing. I was scared as hell the first 2 laps as I was sure the back end would wan to break loose with all that power so I slowly started to get into it further. By the last lap I got it up to 130 mph on the straight and went white knuckled into the corner with the abs braking starting to kick. They have a camera set up in the car to record it and I have to say it just doesn't catch how fast we were going, how good it sounded and of course the feeling of acceleration. It never stopped going faster the entire time I had my foot on the pedal. Here is the vd:
https://www.youtube.com/watch?v=MOAr2yqIYz0
After talking to the crew working there they said that the porsche was their favorite as it was just a great/fun track car with a nice interior. I got to check something off my bucket list and next year I look forward to checking an exotic off with either the lamborghini that was my 2nd fav sounding car or the porsche to experience what they say. All around it was a good day just because I don't get out of town almost ever because of my stomach crap and it was really great to hook up with 2 of my oldest friends that were close to it.
what else can I say I am a grumpy asshole most of the time.
Top

Its been one thing after another but I finally have it running and staying cool. I had been having issues with it getting up to 225 on short drives and discovered the aftermarket fan I have kinda sucks. It only moved 1300 cfm so I found one that moves 2400 and now its finally staying cool. I also made an adjustment on the clutch and now its feeling super smooth. I also splurged and got a killerglass rad pipe. The old hose was always an issue because of that big old PG alt with the fan on the front they were too close. After noticing that it had touched it a couple of times I decided to go with this solution because it gave the option to have it bent at the angle and lenghts I ordered and its made from pyrex so it looks cool. 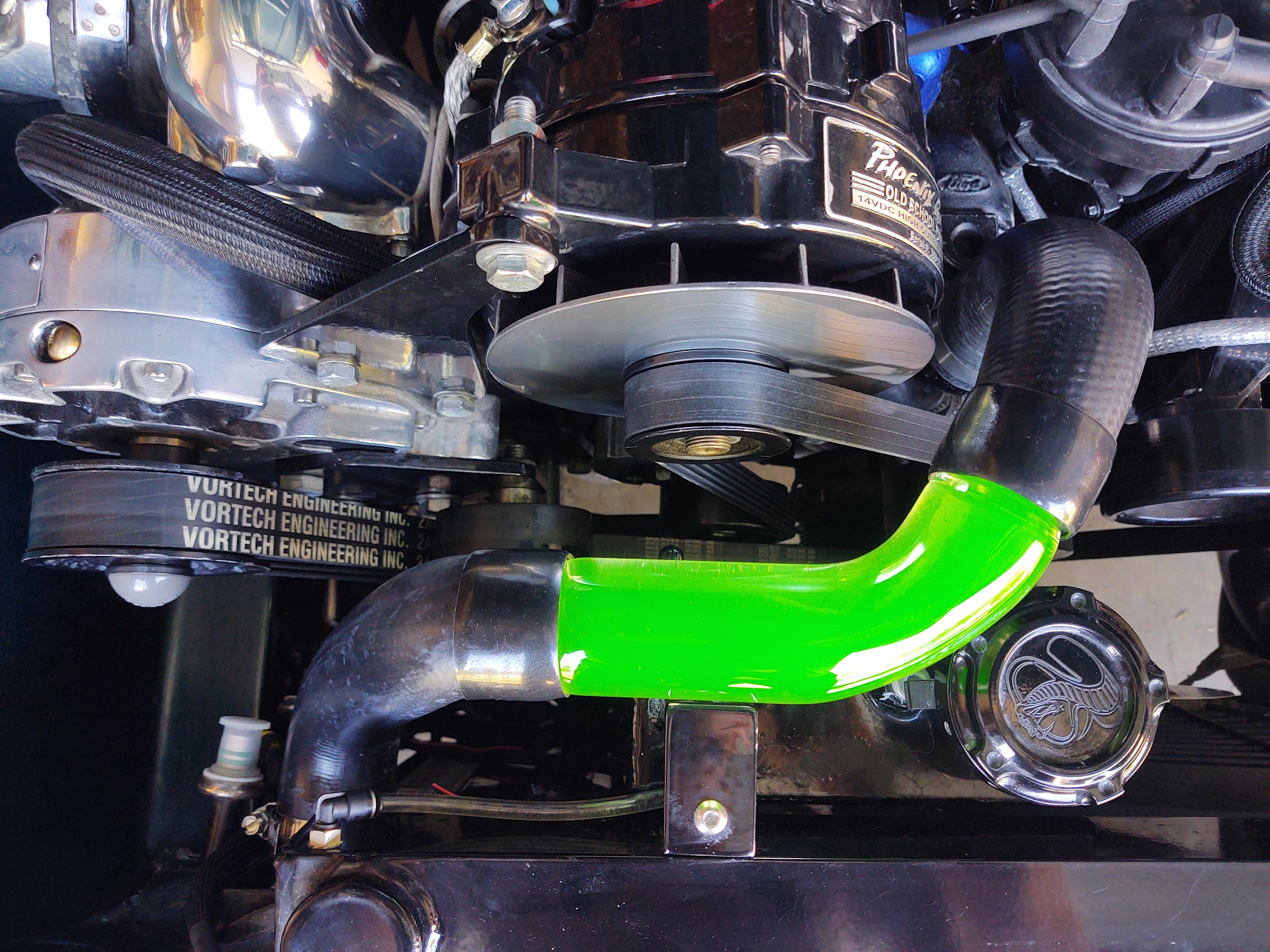 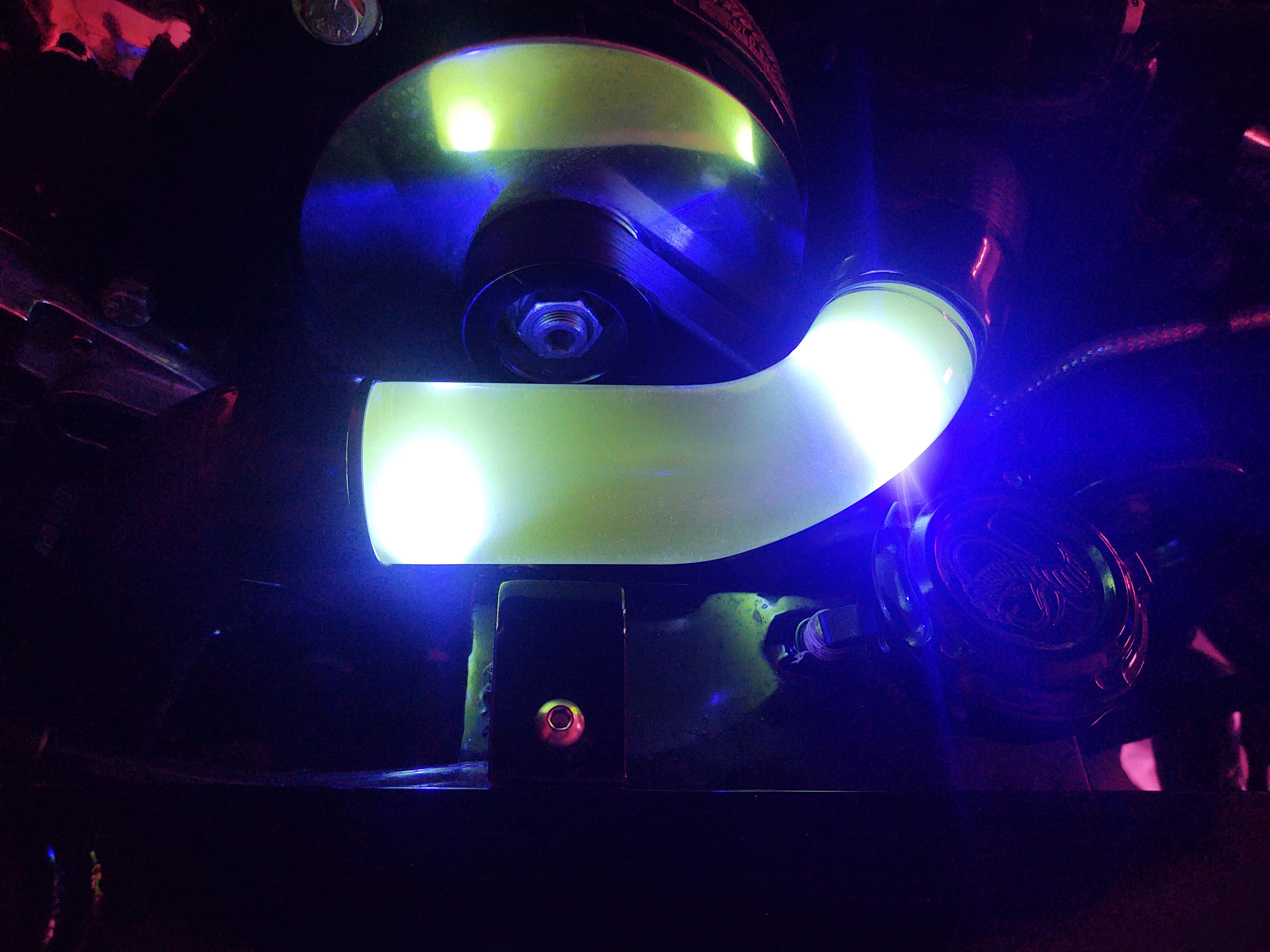 So now with that taken care of I can start to look back at the stereo.
what else can I say I am a grumpy asshole most of the time.
Top

Are you running alcohol/water injection with the supercharger
Top

at the moment no but if you at the pic right in front of the pipe there is a long flat tank that I built into the radiator mount to hold meth. The kit is there I just have not figured it all out and turned it on yet. I only got on it enough yesterday for the first time to hear the bypass valve kick.
what else can I say I am a grumpy asshole most of the time.
Top 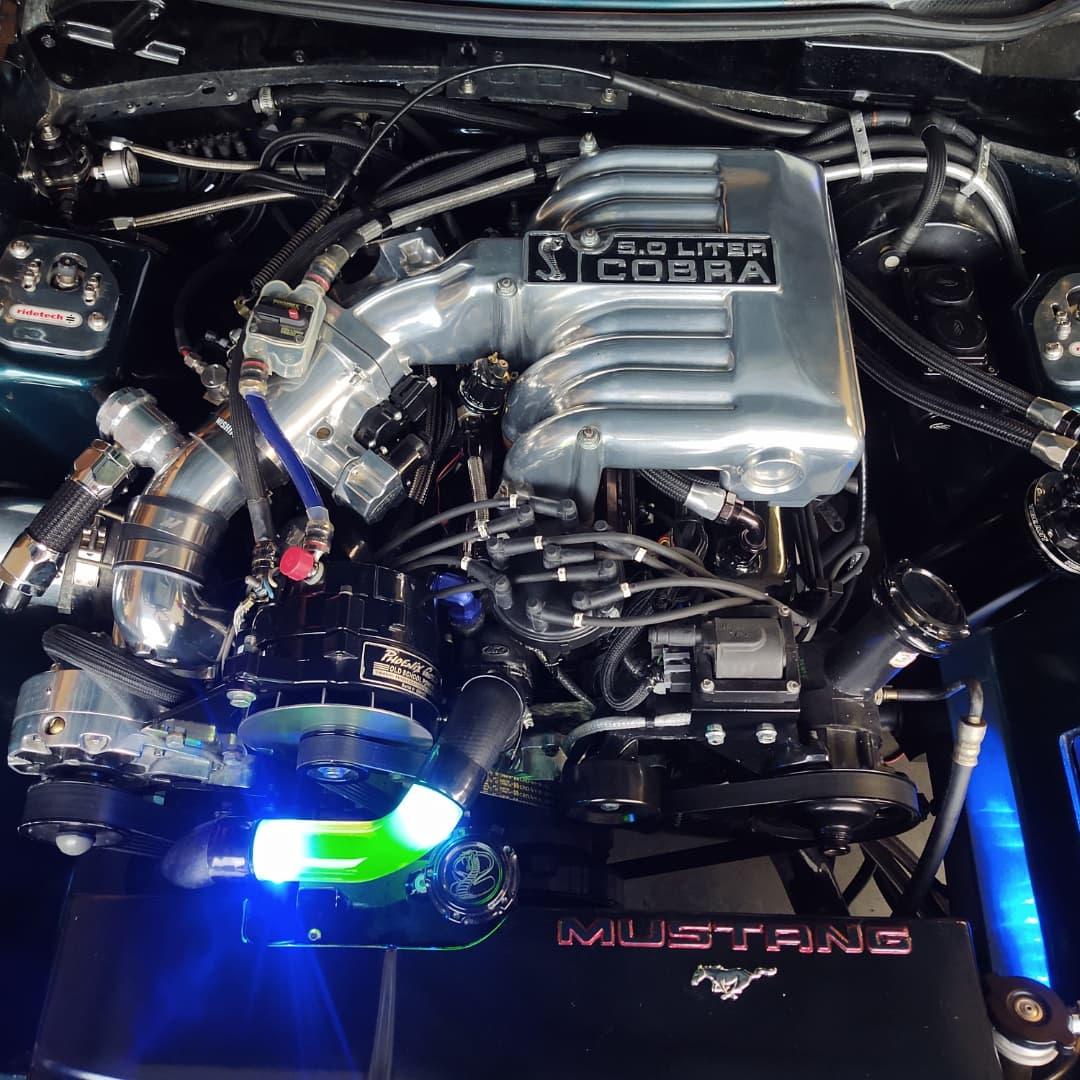 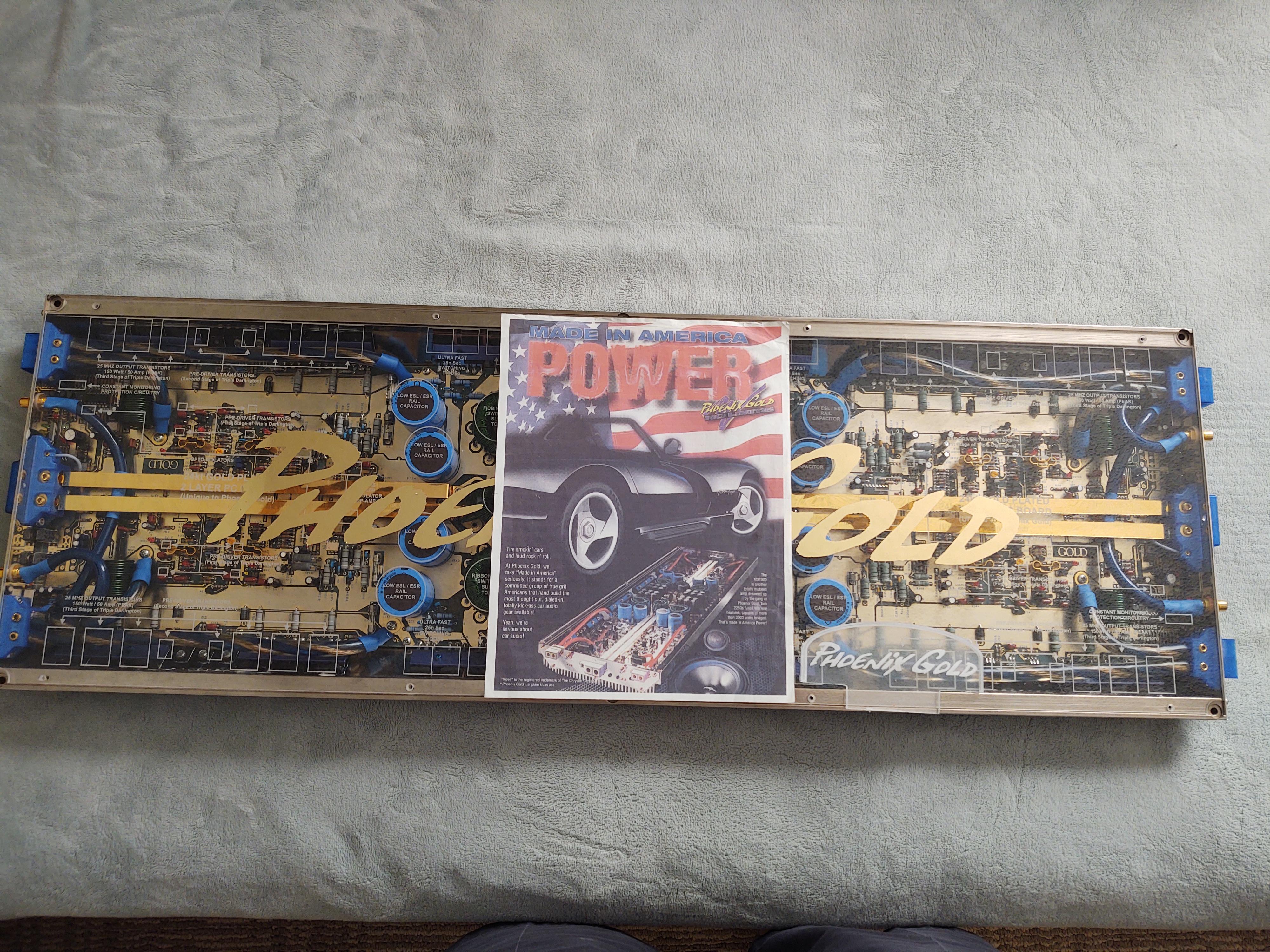 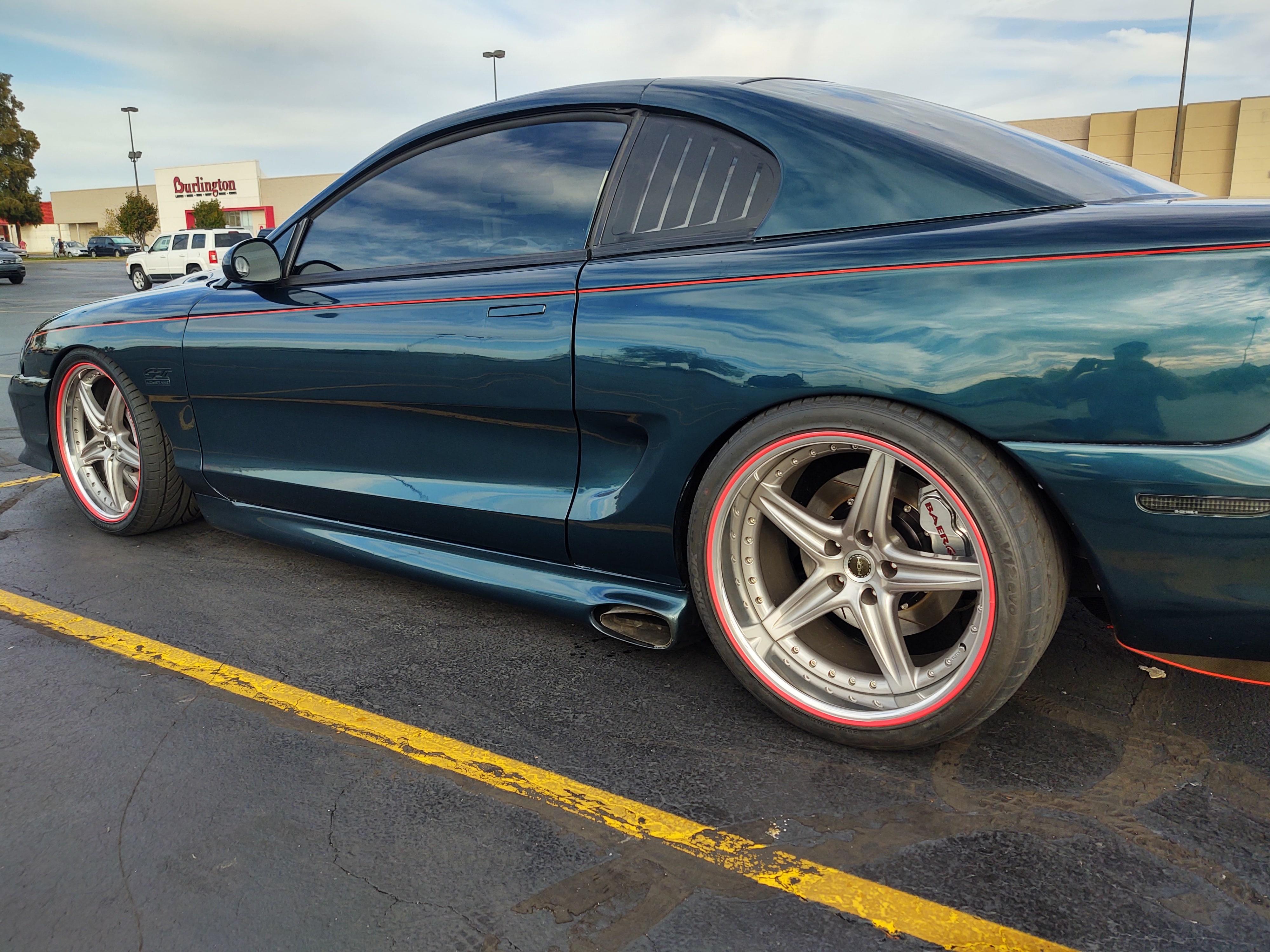 what else can I say I am a grumpy asshole most of the time.
Top

https://www.youtube.com/watch?v=4k3o7SL9KXA
what else can I say I am a grumpy asshole most of the time.
Top

I knew building the first car of my life I would have some setbacks and monday was my first. I have been chasing an oil leak for a while now and last week I tore the top of the motor apart to the lower intake to replace some gaskets on it. I went for a drive and then threw some fresh cardboard under it in hopes of finding it dry a little later. 30 mins later a neighbor knocked on the door to ask if I could help with his garage door opener so went into the garage to get my meter and found it full of smoke. I opened the outer door and threw the hood open to see flames on the floor on the passenger side of the engine bay so I grabbed my fire ext and started spraying and prayin. The cardboard under it was the main part of the flames but I could also tell it got a good amount of wiring as well. After getting it up in the air I got a closer look and it looks like some of the trans wiring came loose and landed on the cat converter which of course started that harness on fire. It continued up the harness to where the airlines meet up with it an melted them and when that happened the front end fell down and then caught the cardboard on fire. The worst of the damage was that it melted part of the holley ECU wiring at the firewall bad enough that it needs to be replaced and holley is pretty damn proud of those harnesses. In addition some of the trans wiring and I am afraid the housing that the reverse lockout solenoid plugs into melted into the harness. It looks like it is replaceable but I have not talked to the trans place yet. I have also ordered a $100 worth of various heat shielding........ Sucks but like the phoenix it will rise from the flames.
what else can I say I am a grumpy asshole most of the time.
Top

Oh jesus Scott, really sorry to hear that! But at least you caught it before something considerably worse happened. Still... ouch. Really sorry for you man!
Top

stipud wrote: ↑Fri Dec 17, 2021 7:36 am Oh jesus Scott, really sorry to hear that! But at least you caught it before something considerably worse happened. Still... ouch. Really sorry for you man!

Thanks dude, how are you holding up?
what else can I say I am a grumpy asshole most of the time.
Top
Post Reply
436 posts